A couple of weeks back I pulled a bunch of musician friends together for the Clock House Jubilee Street Party.  In spite of having a couple of republican oriented communists amongst them they all agreed to do it (free beer, sausage rolls and strawberries does it every time!) and so we played... in the rain!

It was a great day, people danced despite the weather. You can see the some of the results on my YouTube clips; the sound was a bit ropey (recorded with and iPhone!) but it looks OK and the music (mostly) sounds together!

I mention this last point as the guys were from several different bands I'm currently involved with, but none of us had played together as a band before, though it helped massively that the drums, bass and keyboards all came from the Road Runners. I guess this makes Rule #1 on forming a musical collective.. get your rhythm section sorted!

The influence of improvisation on the brain!

Making stuff up, is the art of improvising. In music this happens when we let go and enter the world of our subconscious ... And in some cas... 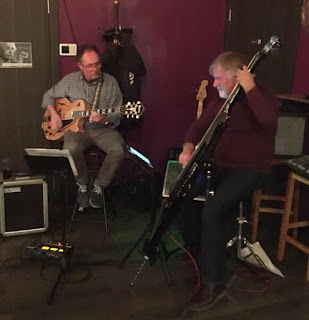